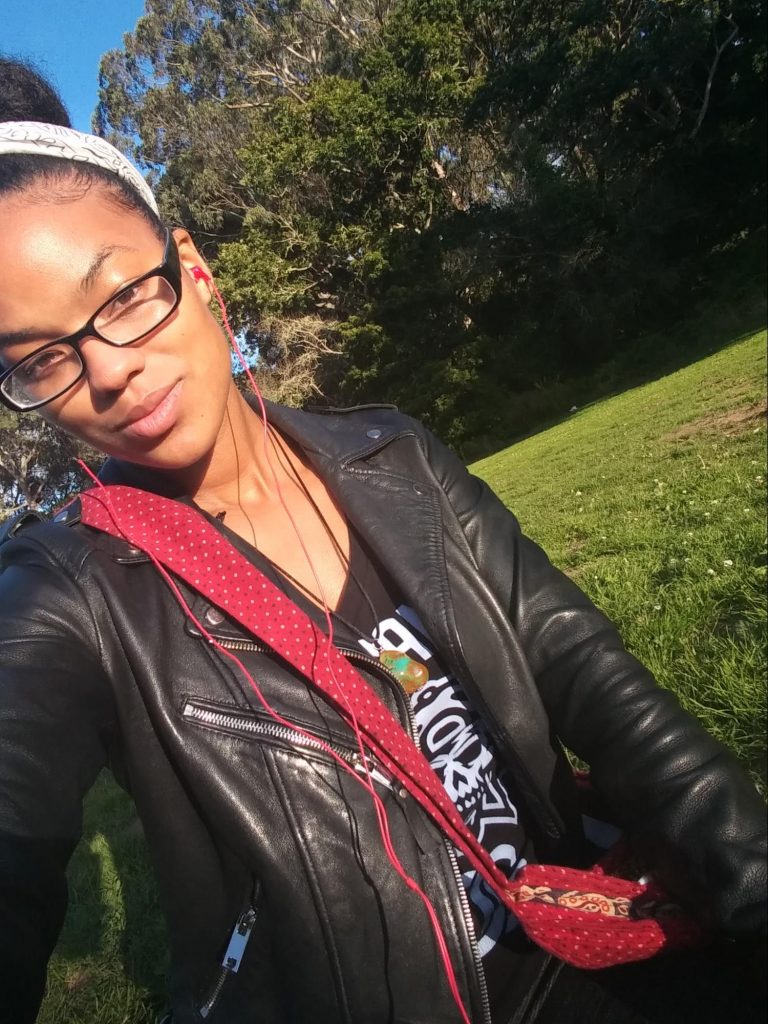 There are a select group of people on the planet whose name somehow delivers some truth about their character. Some are given those names on purpose, and some are serendipitously born with them. 23 year-old Eva Baker is among the latter. It is the last name that offers the lens by which to view her: “baker”. Furthermore, someone who fashions a lot from a little. Someone who works, is creative in all endeavors, and the products they create benefit others. A warm, sweet, yet precise presence. And still, she herself has been like a piece of dough, kneaded by life, but still very much so voluntarily “in the oven”, harnessing her own golden brown surface.

“I don’t want to have an average life. . .and I’m trying to find and learn ‘How do I not be mediocre?’, ‘How do I live an extraordinary life?’”

Her story starts, as all clientele of the Success Center San Francisco (SCSF), before her hands touched the doors of 1449 Webster St. Before meeting SCSF’s very own star career advisor: Dominique. And before she started her current role as Office Coordinator for the promising new up-and-coming start-up “Labelbox”; Eva, as in her current form, was “baking”.

“I was already working. I worked at “Mixed” [a local salad restaurant]. But I started feeling like I wanted to do something more.”

And more she did.
It was her brother that pointed Baker in the direction of the Success Center.

“I came here. I did the intake. They were trying to help me look for a job, then I started to see that it was more than just job hunting. There’s credit building classes, housing classes. So I was mainly coming for things of that sort to better my situation. And then I saw Code On Point [SCSF’s Coding Course]. And I did it initially because I wanted the laptop. However, once I got into it, I started to really like it. . . I liked the creative side of being able to build something on your own. That was what really captivated my attention. It was like a backstage pass”. Spoken like a true “baker”.

Her entrepreneurial spirit did not allow her to limit herself to only one SCSF resource. She saw a platter and ate as much as she could.

“I wouldn’t just come in to look for jobs. I really took advantage of the [SFHDC Credit Building and Housing] workshops. Because that’s something that I want to make sure that I enhance. I was really trying to utilize the services that SCSF offers.”

Eva is not only resourceful, but humble in her efforts.

By and by Baker completed SCSF’s Code-On-Point eight-week introductory coding course. The graduation is at “Hustle.Inc” headquarters. A successful tech company located in downtown San Francisco. “Hustle” is also home to Tristin Eng, a graduate of SCSF’s G.E.D. program and an extremely beloved former SCSF staff member. After Eva’s graduation the fruits of networking begin to bloom.

“[Tristin] invites me to a networking event at ‘Hustle’. And I’m like, you know what, let me go. I came from work, and honestly I was a little nervous, but I was like ‘why not’? So I go and Ysiad, who is now my C.O.O. that I am working for, it was his and Alyssa’s ‘good-bye’ party. And I introduced myself to them before I knew who they were. Tristin introduced me to Ysiad, he and I started talking and I was telling him ‘Your story inspires me. Congratulations on the adventure you’re about to go on,’ and he said that he really liked my energy and to get Alyssa’s contact for the possibility of working with him because he’s starting a company.
And I was like, ‘Wait What!?’.
I didn’t say that out loud but in my head I’m like ‘Woah. That’s crazy’”.

Emails and contacts were exchanged. Waiting ensued. Finally, Baker received a call from Ysiad asking if she was still interested in the position. Roles and wages were discussed. And the rest was history.

That is, until Eva mustered up the courage to quit her current job at the time.

“That was probably the scariest thing I’ve done.”

That is hard to believe considering Eva’s past. At 17 years-old, Eva was homeless and living in a shelter. She had recently lost her apartment to a fire and had a mother to take care of.

“It was like . . . a really bad hurricane. . . Being homeless and being 17– and your a teenager– can mess up the way you see yourself. You don’t want other people to know, it’s a huge umbrella of shame. I was ashamed.”

When she spoke of the past, there was no search for pity in her voice. Rather, she framed all of these experiences as fuel for the person she has become.

Her advice for her past self: “You’re going to be ok.” “Listen to your intuition.” “Make yourself a priority.” “Stop thinking that you’re not worth it.” “Love yourself” “Know that you’re here for a reason.” “You are loved”.

Speaking from her current headspace Ms. Baker has this to say:

“I am on this path, where I’m trying to live my life authentically without worrying about being persecuted by friends and family. And that’s pretty scary because we always want to make people happy because we want them to approve. But I am at a place where I’m asking [myself] ‘do I approve of myself too? Am I happy with my decisions?’ . . . Being comfortable with making my own decisions without the need to be validated is nerve wracking. But it’s something I have to constantly work on. . . I feel like it will be well worth it.”

“I have a supportive family for sure. It’s just knowing that I can’t please everybody, and that’s ok. . . Sometimes I feel like I’m making progress whether it be career, or physically, or spiritually, or mentally, and somedays I feel like I’m stagnant and in the same place. Taking a step and looking at my situation from hindsight, these last six months things have changed so much. So I guess in some ways I have to be like ‘Ok Eva you’re making progress. Don’t be so hard on yourself.”

Eva Baker is also a writer and a dancer of multiple genres. She feels that writing is therapeutic. She is San Francisco born and raised and San Francisco will always be her home. She still has more steps to climb but her fervor and motivation is enough fill stadiums ten times over.

Ms. Baker’s advice for young people who are currently going through the obstacles she once faced are as follows:

“Believe in yourself first and foremost. And that sounds cliche but if you do not believe in yourself how in the world can anyone else believe in you?. Second, have a vision for your life. . .And make sure you want what you want because you genuinely want it, and not because someone else wants you to want it, or someone else wants it for you. Find a way to imagine the life that you want and know and believe that it is possible. . . You’re going to have hard times but they shape you. . . The person that hasn’t seen struggle doesn’t have character.

Eva Baker can be contacted at:
ebpowerful@gmail.com