The Hospitality Boot Camp Has a Proven Track Record of Getting its Graduates Jobs F A S T!

Half of the graduates already had jobs by the time they graduated!

The twelve jobseekers who signed up for the 10 day intensive program on May 19 may not quite have realized what they actually signed up for, but by the end of the Boot Camp they were motivated and ready to get to work! Many of the graduates felt that their lives had changed as a result of going through the program.

The Hospitality Boot Camp covers a lot of ground in a very short period of time. It provides an overview of the different career paths within the Hospitality industry, whether it be in hotels, restaurants and catering, on cruise ships, at events or conventions or working at the airport. Some of the training topics include customer service, table service, and guest services. All aspects of the training are taught by industry experts from the City College of San Francisco Culinary Arts & Hospitality Studies department, headed up by Tannis Reinhertz, the department chair.

All of the twelve graduates worked really hard and were rewarded with a Certificate of Honor signed and presented by SF Board of Supervisors President, London Breed at the official graduation ceremony on June 14 at 1300 on Fillmore restaurant. In less than a month from registering for the program, half of the class had already been offered jobs and prospects for the remaining six were very positive. In fact, one of the graduates had three job offers! 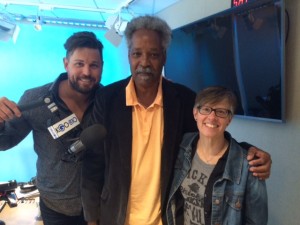 The Success Center SF partnered with San Francisco City College’s Culinary Arts & Hospitality Studies department, the Golden Gate Restaurant Association, headed up by Donnalyn Murphy, the owners of the restaurant 1300 on Fillmore, Monetta White and David Lawrence and the Office of Economic and Workforce Development’s Director Michael Carr and his staff Janan Howell and David Taylor.

Thinking about a job in the Hospitality industry? Why not explore the possibilities and find out if it’s the right career path for you?

The next informational Hospitality Initiative will take place on Tuesday, August 16 from 10:00 a.m. -12:00 p.m. at the Western Addition Neighborhood Access Point Career Center located at 1449 Webster Street in San Francisco. For more information call 415.549.7000. Boot Camp classes will be in September. Class size is limited, so register early to be sure to get in.